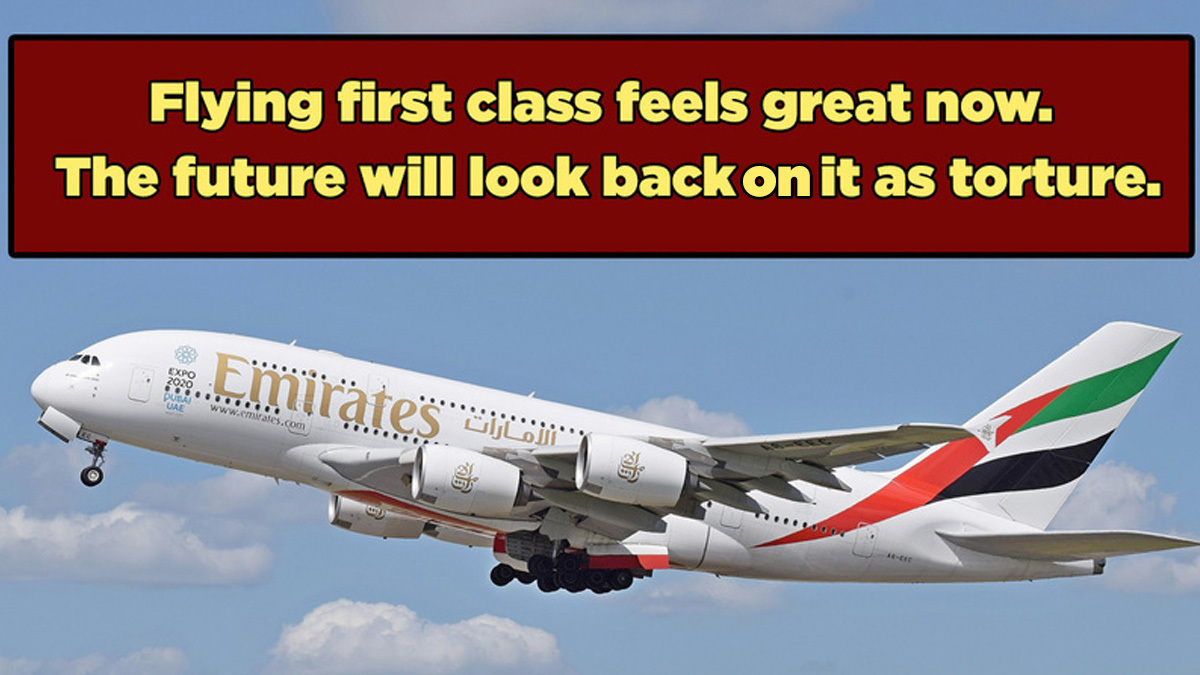 5 Modern Luxuries People In The Future Will Find Totally Stupid 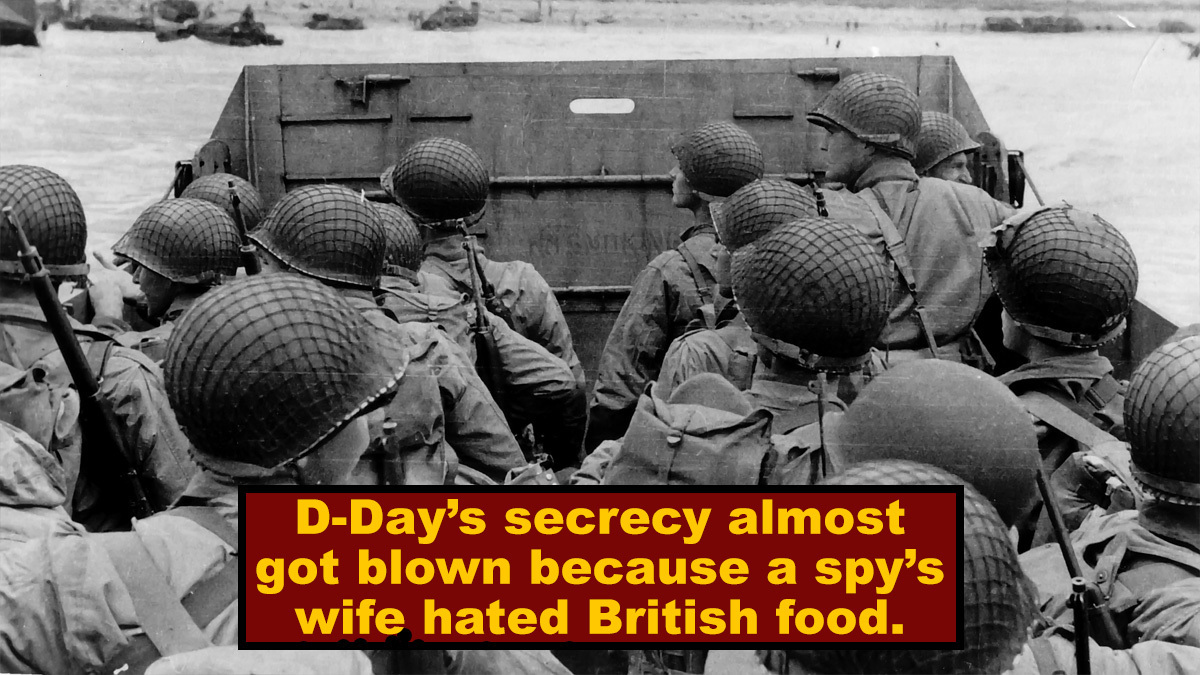 6 Big Details About WWII We Always Get Wrong 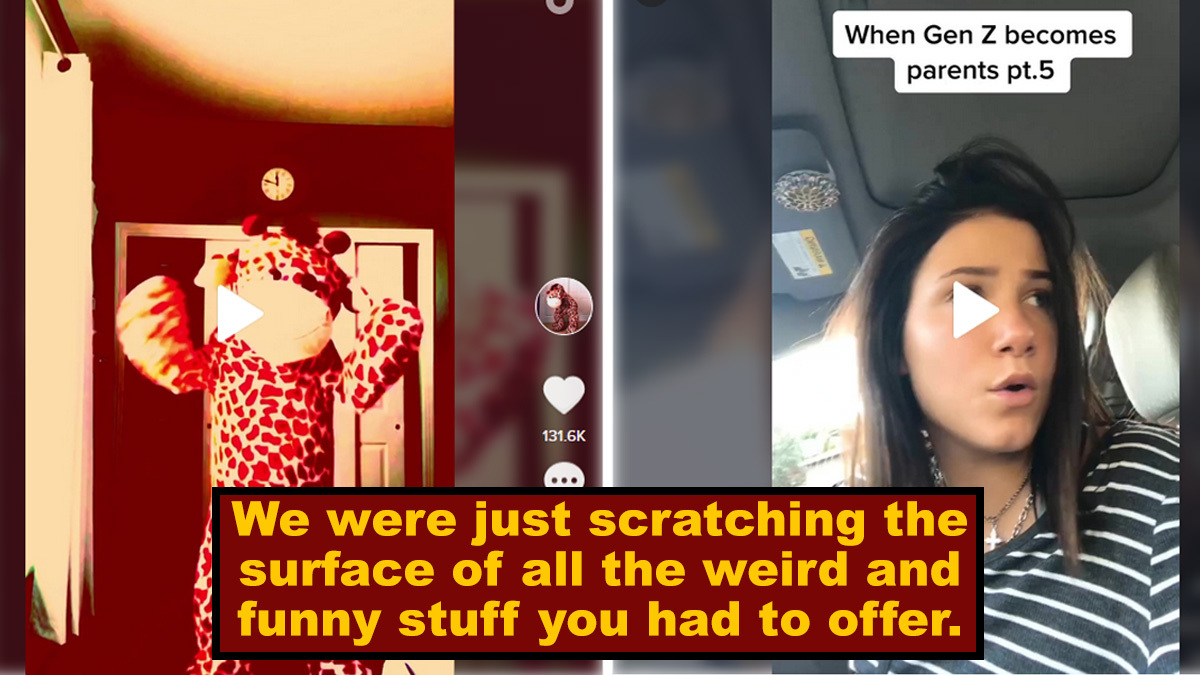 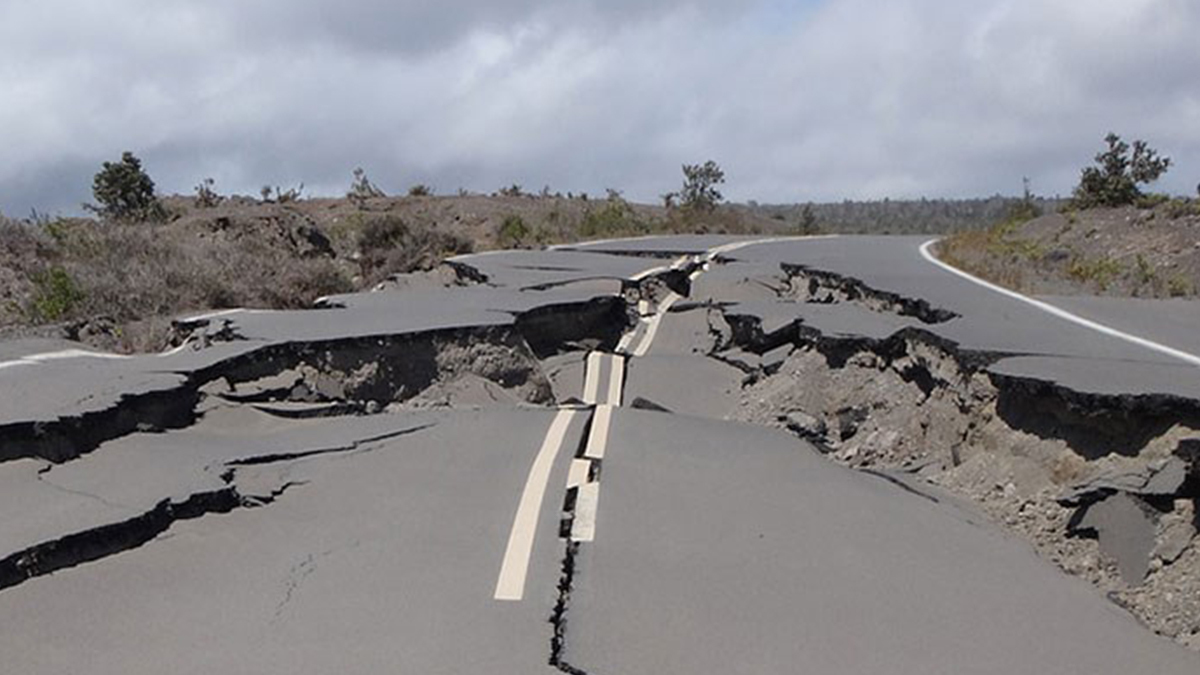 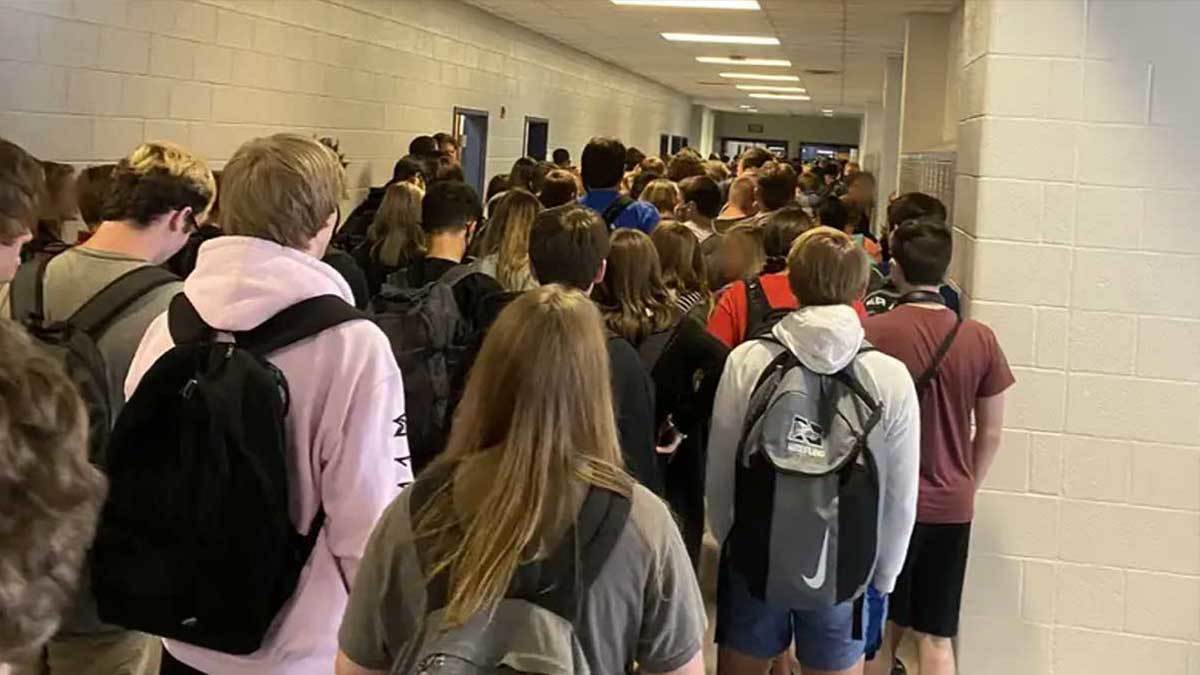 The 5 Most Desperate Attempts By Celebrities To Stay Famous

It's a law of fame that only so many people can maintain it for any good amount of time. For every Justin Timberlake, there's a JC Chasez. While the latter seems to have retreated gracefully to a career behind the scenes (good for him!), some forgotten celebrities refuse to take it lying down, even when they might physically need to at this point.

If his musical career is anything to go by, Soulja Boy's chief interest is hearing his own name, so it makes sense that "tech mogul" was his next step. He released the SouljaGame and SouljaGame Handheld video game consoles in 2018. The whole thing already seemed sketchy, boasting 3,000 pre-installed "classic" games that couldn't be named for vague but definitely legitimate reasons, and then people started noticing that they were seemingly identical to already-available consoles manufactured by a company called Anbernic. Well, almost identical -- the SouljaGames were much more expensive.

Despite claiming that he wasn't worried about any of the many potential legal ramifications, the consoles mysteriously disappeared from his store's website shortly after their debut. For a time, he also peddled the SouljaWatch, which was absolutely not a knockoff Apple Watch that could only be shipped from Russia and China because of his deep and abiding affection for those countries. 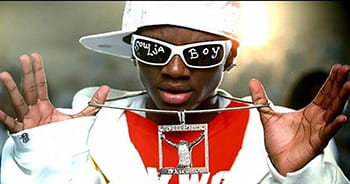 5 World-Famous Products That Are Shameless Rip-Offs

Things were rough for Aaron Carter back in 2013. After a stint at Betty Ford to "heal some emotional and spiritual issues," which sounds like a heck of a drug, the former Disney star had been mostly confined to reality TV. But he was on the upswing -- back on tour, scheduled to play a concert in Boston that June. Unfortunately, the night before, he claimed he was jumped by New Kids on the Block fans outside a restaurant. One man allegedly shouted "I heard you're doing a show here tomorrow. This is the town of the New Kids." Three other men then jumped out of a Chevy and attacked him. We don't want to blame the victim here, but he should have known better; Boston is famous for its loyalty to its boy bands.

We're not saying it didn't happen, but only because we can't imagine what more embarrassing situation he might be covering up. We know something happened, because Carter posted pictures of the bruises on his face and hands to his Instagram, but he told TMZ he had declined to alert police to the attack because it was too "girlie." It wasn't too girlie to get his name back in headlines, though. That way, he could control the story, claiming that his opponents "lost" because he's "a 6th degree black belt [sic] in Muay Thai," which is not a thing. 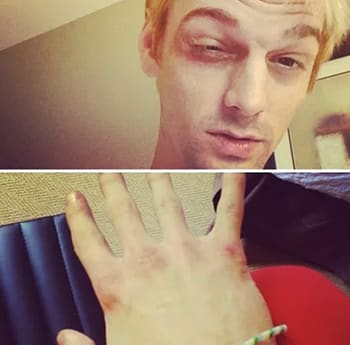 Aaron Carter/InstagramThe original post has since been deleted, which we're sure is for legal reasons and not because it made him look like a doofus in front of the entire country.

It's hard to say the tactic worked out for him. Even his brother, Nick Carter of the Backstreet Boys, publicly mocked him, joking that the only thing his brother might have a black belt in is dance fighting. The main takeaway from this story is that Nick Carter ... is legit a funny guy?

6 Bands That Totally Reinvented Themselves To Get Famous

We've mentioned before that reality TV stars Spencer and Heidi Pratt blew their fortune because God played a hilarious prank on them. But instead of admitting defeat and getting a real job, Spencer vowed to get their riches back by becoming a male Gwyneth Paltrow. This meant slapping his Pratt Daddy brand -- yes, it's really called that -- on anything he could embed with crystals, from dog collars to coffee. He even managed to work some sponsored content into the announcement of his son's birth. If it helps, that kid was never gonna be normal.

"I feel like there was something else I was meaning to tweet about ... Oh right, it's a boy."

Like attracts like, so it wasn't long before Speidi teamed up with another swill merchant masquerading as a lifestyle guru. No, not Gwynnie -- Alex Jones. After running into each other on a Hawaiian beach in the most tragic series of coincidences outside a George R.R. Martin novel, Jones took the opportunity to interview the couple, the male half of which claimed "We were chanting 'Death to the New World Order' about 10 years ago after watching all of your documentaries, and then about a week later, we were no longer on television and haven't had a consistent TV gig since then." Yes, it was the New World Order, and not a complete lack of talent, which stagnated their careers. Honestly, what's most surprising is that Montag and Pratt aren't part of the New World Order.

They also have a podcast called Make Speidi Famous Again, which covers the most (de)pressing pop culture topics of the day and their daily life, so you never need to concern yourself with that.

6 Conspiracy Theorists Who Got Owned In Hilarious Ways

As Coolio walked through the valley of the shadow of death of his rap career, he took a look at his life and realized he was a reasonably good cook. After participating in a number of celebrity cook-offs that left him perpetually in Lou Diamond Phillips's dust (really), he took his rage out on the Food Network by launching Cookin' With Coolio, a show in which "I'd be clowning on everyone, with more profanity, and better looking girls, and a better house band." He knows what every cooking show really needs: fly girls.

Well, "sauce girls," actually. The show premiered on his web channel, creatively named My Damn Channel, and ran for ten episodes. It showed Coolio cooking things like "Drunk-Ass Chicken" from ingredients stored in dime bags, surrounded by the aforementioned scantily clad assistants, and of course, all while constantly terrorizing people. One episode purported to show viewers how to get children to eat vegetables, and mostly consisted of Coolio screaming instructions at someone's child. It is not clear who they were, or why they were allowed anywhere on Coolio's property. Another episode about cooking steak and garlic bread apparently required "kidnapping" a "college student," wrapping his head in duct tape, and beating him with baguettes.

MyDamnChannel/YouTubeDone by a pair of women who are clearly beginning to doubt if this was as career-building a role as the Craigslist ad promised.

The only restitution available to traumatized viewers was the opportunity to win an autographed bell pepper, advertised at the beginning of every video.

MyDamnChannel/YouTubeDon't act like you don't want one just so you can say, "This is my bell pepper autographed by Coolio."

6 Celebrities Who Got Really Depressing Since You Saw Them

1
The Situation Released Everything From Apps To Comic Books, And Then Went To Prison

It takes an iron will to embarrass oneself in real time, but some guys have a knack for it. Jersey Shore's Mike Sorrentino, or "The Situation" as he prefers to be called, was a one-trick pony who, in an effort to prove he wasn't just a sad chiseled lump of protein, wound up proving exactly that. In 2010, he launched an iPhone app that featured a workout plan and a "GTL finder" which located the nearest gyms, tanning salons, and laundromats to the user, which was a solid business plan for his niche. Unfortunately, he simply couldn't stay there. 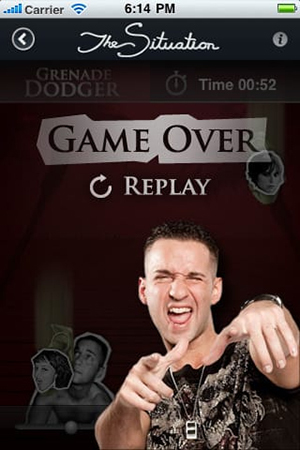 Hey TurboWe know it seems impossible, but the guy charging five bucks for a map program that only finds three things didn't show much restraint.

The app also included a game called "Grenade Dodger," the object of which was to avoid unattractive women launching themselves at you. Get it? "Grenades"? One of the many problems with the idea was that instead of animating NPCs, the developer and The Situation just went clubbing one night and took pictures of women they deemed unattractive to feature in the game. You might recognize this as the most illegal thing one can do in that scenario. This is not why he went to prison. We'll get there.

His next foray into an industry he had absolutely no business in was publishing. First he released Here's The Situation: A Guide To Creeping On Chicks, Avoiding Grenades, And Getting Your GTL On The Jersey Shore, which contains exactly what it says it does, but also a lasagna recipe that is apparently pretty good. Should anyone doubt his (ghostwriter's) writing prowess, he next unleashed a superhero of his co-creation to demonstrate the most self-absorbed powers in the history of comics. 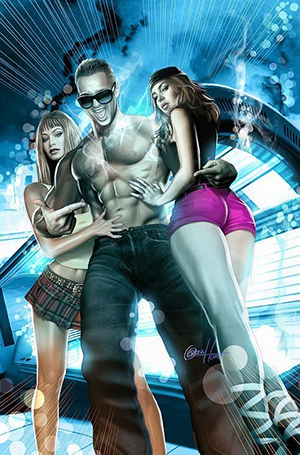 Wizard EntertainmentHe's the Superman of self-delusion.

But in 2014, he showed off yet another dimension to his character: the tax evader. Apparently, between 2010 and 2012, he hadn't paid taxes on the income somehow generated by these ventures, earning him eight months in the same prison as Michael Cohen and Billy MacFarland. Now that's a reality show we'd hate-watch. Before he surrendered, he married his longtime sweetheart and released their gift registry to the public. No one tell him about gift taxes.

For more, check out 4 Musical Performances That Will Ruin Your Childhood - Spit Take Theater:

Why Blade Runner’s Rick Deckard Can’t Be A Replicant

Who's The Most Tragic Character In 'The Umbrella Academy?'

An Acclaimed Novelist Accidentally Set His Book In The 'Zelda' Universe

These Apple Products Are On Sale Now

5 Modern Luxuries People In The Future Will Find Totally Stupid

The 'Hot Guy' From Every '90s Show Runs A Cult Now