A wave of blood flows out of an elevator. A nude woman transforms into a rotting corpse. A family trip devolves into crying. screaming, and murder ... which is actually on par for most vacations. These are all moments etched into our brains by the horror classic The Shining, directed by Stanley Kubrick and later ruined by Steven Spielberg. This month we're getting its much-hyped sequel, Doctor Sleep, starring Ewan McGregor as a grown-up Dan Torrance. The adaptation of Stephen King's 2013 novel finds Dan battling psychic vampires, returning to the Overlook Hotel, and we assume getting his doctorate in narcoleptic studies.

Recently, The Shining was the subject of the documentary Room 237, which featured obsessive fans spitting out some pretty batshit theories about the movie. Like how it was secretly Kubrick's confession to having faked the moon landing (he didn't). Or how it's meant to be watched simultaneously backwards and forwards, with images of both overlaid on each other. Or how there's secretly a Minotaur hiding in what's clearly a photograph of some dude skiing. 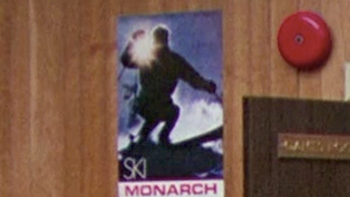 Warner Bros.... Well, "clearly" might be a little generous.

But here's the thing: Even though it's lumped in with almost two hours of lunacy, one of these theories is legit. And we have proof.

In Room 237, Bill Blakemore argues that The Shining is really about the genocide of the Indigenous peoples of America. Why? Well for starters, that's explicitly part of the story. As the Overlook's surprisingly chill manager explains, the hotel was built on an "Indian burial ground," which these days would hopefully turn up in a Yelp review or something. 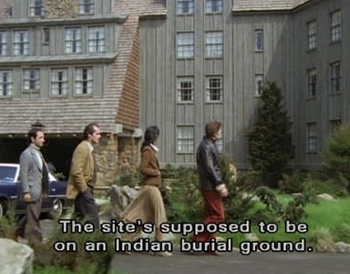 And the hotel is filled with appropriated Indigenous art. 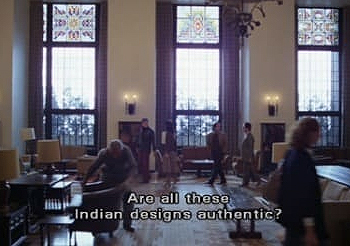 And the movie's tagline about the "terror that swept America" is a reference to the "genocidal armies" of Europe. According to Blakemore, there are other, more subtle clues, such as the Calumet Baking Powder cans seen in the pantry. 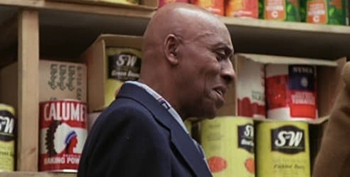 Warner Bros.We won't repeatedly point out that this subtext was all Kubrick and not in the book, but as a rule, you should assume that about anything having to do with The Shining.

Blakemore isn't some random nut; he was a reporter for ABC whose Shining theory received mainstream news coverage. Back in 1987, he posited that the movie also references Britain's history of "bloody empire-building" (Jack's predecessor is a posh-sounding Brit) and America's present-day racism, "particularly against blacks" (Jack brutally murders Dick Hallorann). 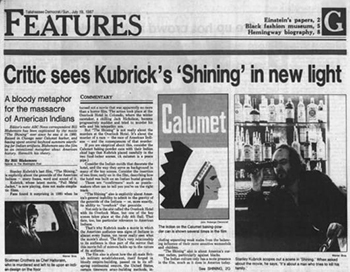 Tallahassee DemocratAgain, not something that happened in the- aw, forget it.

At least one of these claims has been debunked: the Calumet cans. According to Kubrick's longtime assistant Leon Vitali, part of his job entailed traveling the U.S. taking photos of hotel pantries, and he "found Calumet cans all over the place." So the cans were placed there for the sake of verisimilitude, rather than symbolism.

But like we said, a lot of this was completely intentional. And we know this thanks to the regretfully out-of-print The Shining: Studies In The Horror Film. The book features a 2015 interview with the film's co-writer, Diane Johnson, who mentions that this was a very purposeful theme. Johnson even took books out of the library "about Native American iconography and burial grounds" for research. According to her, the hotel is a sort of embodiment of "violence in American history," which is why it's filled with "Western frontier elements, photographs of railroads, Prohibition-era parties." Which explains certain details Blakemore focused on, including the significance of the July Fourth ball, and even Wendy's Western-themed jacket. 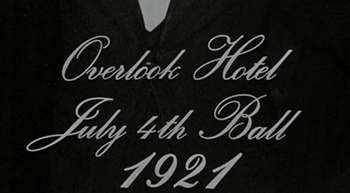 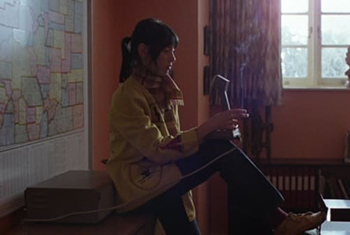 Warner Bros.In case you assumed Shelley Duvall owning the world's most noticeable garment was a fluke.

As for the murder of Hallorann, it was supposed to evoke contemporary racial violence, inasmuch as Kubrick and Johnson "accepted that this was an element in America and that everyone would understand the implications of Hallorann being a black guy." And while exterior shots for the Overlook were famously of the Timberline Lodge in Oregon, Kubrick modeled the interior sets on the Ahwahnee Hotel in Yosemite. According to art director Les Tomkins, this was specifically because he liked its "American Indian feeling." The real-life hotel looks almost exactly like the Overlook, minus the ax-wielding maniacs and awkward ghost furry blowjobs. 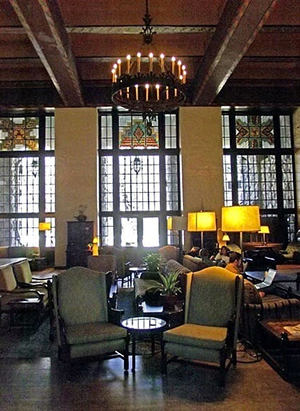 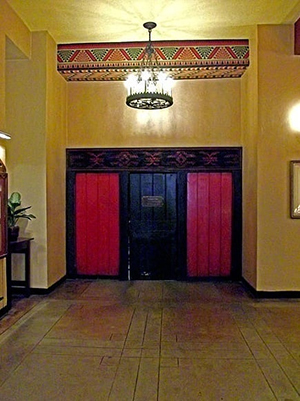 Amadscientist/Wikimedia CommonsWe're still staying the hell away from that elevator, though.

While some people think that the elevator full of blood "sinks into the Indian burial ground itself," that doesn't seem to be the intent. If we're to believe Johnson, "[Kubrick] just thought it would be a good trailer." Sure, he may have been a genius, but Kubrick also knew how to get asses into seats.

Of course, there is no "right" way to interpret a movie. The fact that The Shining's horrors have prompted such diverse opinions is a testament to its beguiling nature. Still, it's nice to know that at least one of these wacky theories managed to hone in on a key aspect of the creative process. Of course, it's also possible that this is all a big elaborate smokescreen to throw us off the truth of how Kubrick was a closeted furry. 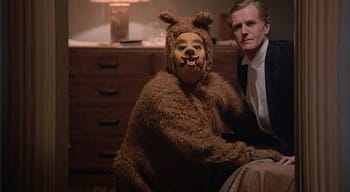 For more, check out How Stanley Kubrick Is The Real Villain In The Shining: